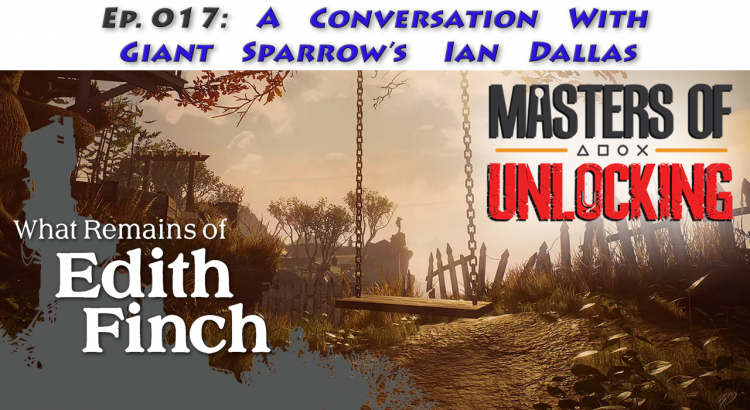 We sit down for a conversation with Giant Sparrow’s Ian Dallas – creative director of the 2017 hit What Remains of Edith Finch and 2014’s The Unfinished Swan. This episode of Masters of Unlocking follows a bit of a different structure than our normal episodes – we kick things off with our interview with Ian and, afterwards, Caleb & Scott dive into an in-depth discussion of our thoughts about the interview and the game itself.

WARNING – the interview and following discussion contain SPOILERS about the game.