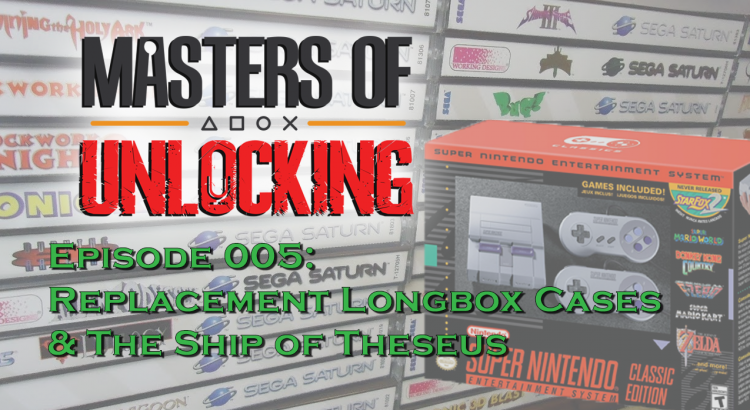 The SNES Classic launched this weekend – maybe you’ve heard about that.  Bethesda unveils their new Creation Club.  And out hosts ponder what the prospect of Limited Run Games’ producing replacement longbox cases for Sega Saturn, Sega CD, and Sony Playstation games means – is a replacement case different than a replacement cart label?